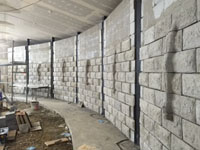 From April to May in 2016, a sculptor friend and I were invited to work with Canadian born sculptor, Rick Wienecke. Several years ago he created a large Holocaust exhibit in Arad, Israel called the Fountain of Tears. Recently, he and many volunteers have worked on the reproduction of this fountain and construction of the building in Poland.

The building is located 500 meters to the left of the gate of the Birkenau concentration camp. The wall is sixty feet in length. Seven reliefs visually depict the seven utterances of Yeshua while he was on the cross. Six vertical sections in the wall separate each relief and will be covered with stones yet to be gathered from six of the main camps in Poland. Water will trickle down over the stones representing tears.

The life size bronze sculptures in front of each relief represent a connection between the Jewish people, the cross, and the Holocaust leading to a deeper understanding of God's plan over Israel. The tears represent both suffering and rememberance.

When we left in early May, most of the sculptures and the building were unfinished.

Further information available at The Fountain of Tears Foundation 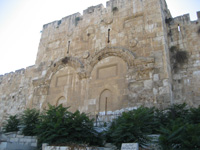 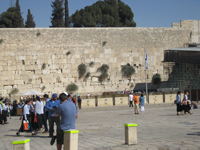 JHOPFAN was established according to the verses from the book of Isaiah 62:6-7. "I have posted watchmen on your walls, O Jerusalem; they will never be silent day or night. You who call on the Lord, give yourselves no rest, 7 and give him no rest till he establishes Jerusalem and makes her the praise of the earth."

The purpose of the convocation is to pray for all the nations, Matthew 24:14 "And this gospel of the Kingdom will be preached in the whole world as a testimony to all nations, and then the end will come." 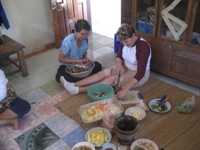 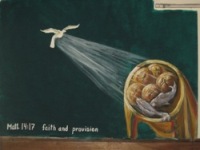 My husband and I left the United States serve the Khaodee Orphanage in northern Thailand in the city of Chaing Rai. Khaodee means The Good News. One hundred and two children touched our hearts. The evening before we left each one of the children prayed for us and laid hands upon us. It was emotional and very powerful to say the least. The final week of the mission trip was spent in Pattaya during Pattaya Praise.

The Tamar Center located in Pattaya invites worship teams both national and international to sing and worship Jesus in the schools, streets, bars, the beach and shopping malls continuously for five days. The teams are amazingly gifted musicians who bring Jesus into the city. Pattaya is the center of human trafficking. If there was ever a place that needed Jesus this is the place.

When we left Pattaya I was dreaming praise and worship songs. We safely arrived in LAX and while at the airport connected with another mission team leaving for Thailand that evening. Bud and I prayed over the team and God rained down blessings from heaven. 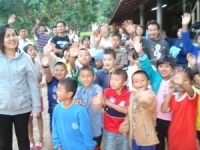 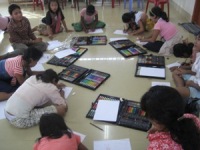 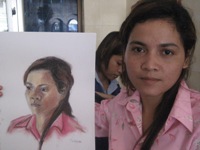 We arrived in Bangkok with a team of eight. We drove south to Pattaya so that our team would experience Pattaya Praise and connect with other missionaries who serve God in Pattaya. Our Thailand missionary friends are part of foundational relationships we have developed over that past year. We returned to Bangkok and split the team.

My husband took three team members north to the Khaodee Orphanage in Chaing Rai. The four remaining women left for Phnom Phen, Cambodia. We connected with a pastor from Riverside, California who drove us north to an orphanage in Battambang.

The orphanage restores little girls who were rescued from the horror of the brothels. We taught art classes which is cathartic to the healing process for the girls. I didn't realize I am an abolitionist. What I experienced while serving the children will never leave me. The orphanage is called the Rapha House, in Hebrew Jehovah Rapha means God heals. 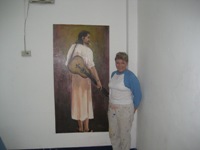 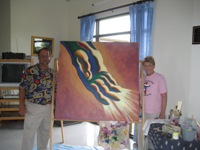 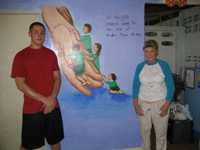 Two weeks before the mission trip God spoke to my husband in a dream and told him he was to go to Thailand with us. I know this because he woke me up in the middle of the night overwhelmed by the experience. Within two weeks he raised all the required funds.

Our team served in Bangkok and Pattaya. The second week we split the team, five women would remain in Pattaya. Bud and I drove three inexperienced teenage missionary boys from California thirteen hours south to Nakhon Si Thammarat. We connected with Pastor Surapon at the New Vision Church and our team served at several of the church outreaches.

The American boys were high energy and were received like rock stars. The Thai boys wanted to play soccer and were monumentally influenced by the example of our boys.

I am grateful I saw why God wanted my husband present on this mission trip. He was the rock our team needed. 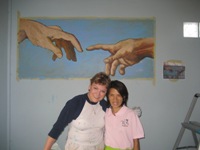 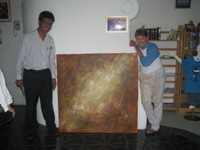 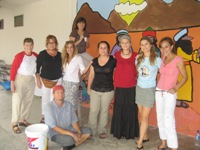 This is my first mission trip, furthermore it is located in Thailand on the far side of the world. A month before we left I received three words from God that would change my life forever: Just show up!

The reality of my world collided with God's purpose in me and I smelled the sweet fragrance of heaven now my soul sings. My life will never be the same. I am a missionary.

The trip was primarily located in Pattaya serving at the Tamar Center. The Tamar Center helps to restore self esteem to young women and offer alternatives to the abusive life of human trafficking. The Center teaches God's word in the bible and restoration through Jesus Christ. Also they offer classes in English and other life skills that will enable the women to support themselves. I had no idea.